In a country far far away, there are so many cats. The cats quickly dominate the whole area, they can even overwhelm humans! Mature cats plan to establish their own kingdom for their own kittens! The first thing to do is setting the border of their kingdom.

One day, they looked around and found $n$ beautiful bushes. They decided to use these bushes to mark the border of their kingdom.

Unfortunately, cats are not so good at geometry, they do not know any shapes except triangles. Hence, they would like to know if they can make a triangle border containing all of these bushes. The triangle border must have positive area. Please help them!

The input contains multiple test cases. Each test case is described as below:

The input is terminated with a line containing a single $0$.

For each test case, print ‘YES’ if there is a triangle satisfying the above constraints. Otherwise, print ‘NO’.

Explanation for the first example 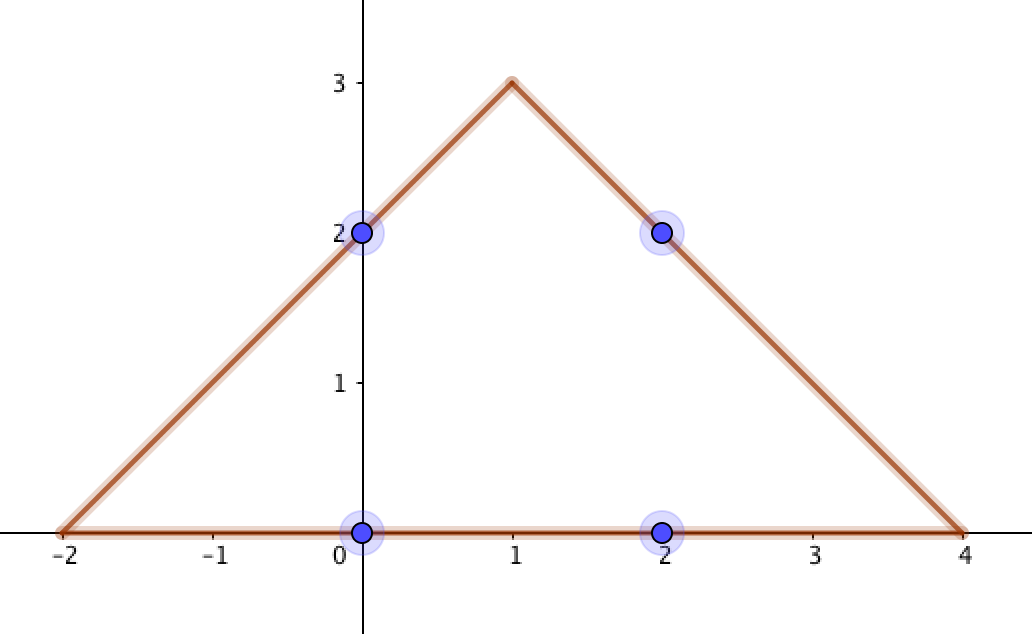